In The Spotlight – Schofield Sweeney, Response To The Covid-19 Pandemic 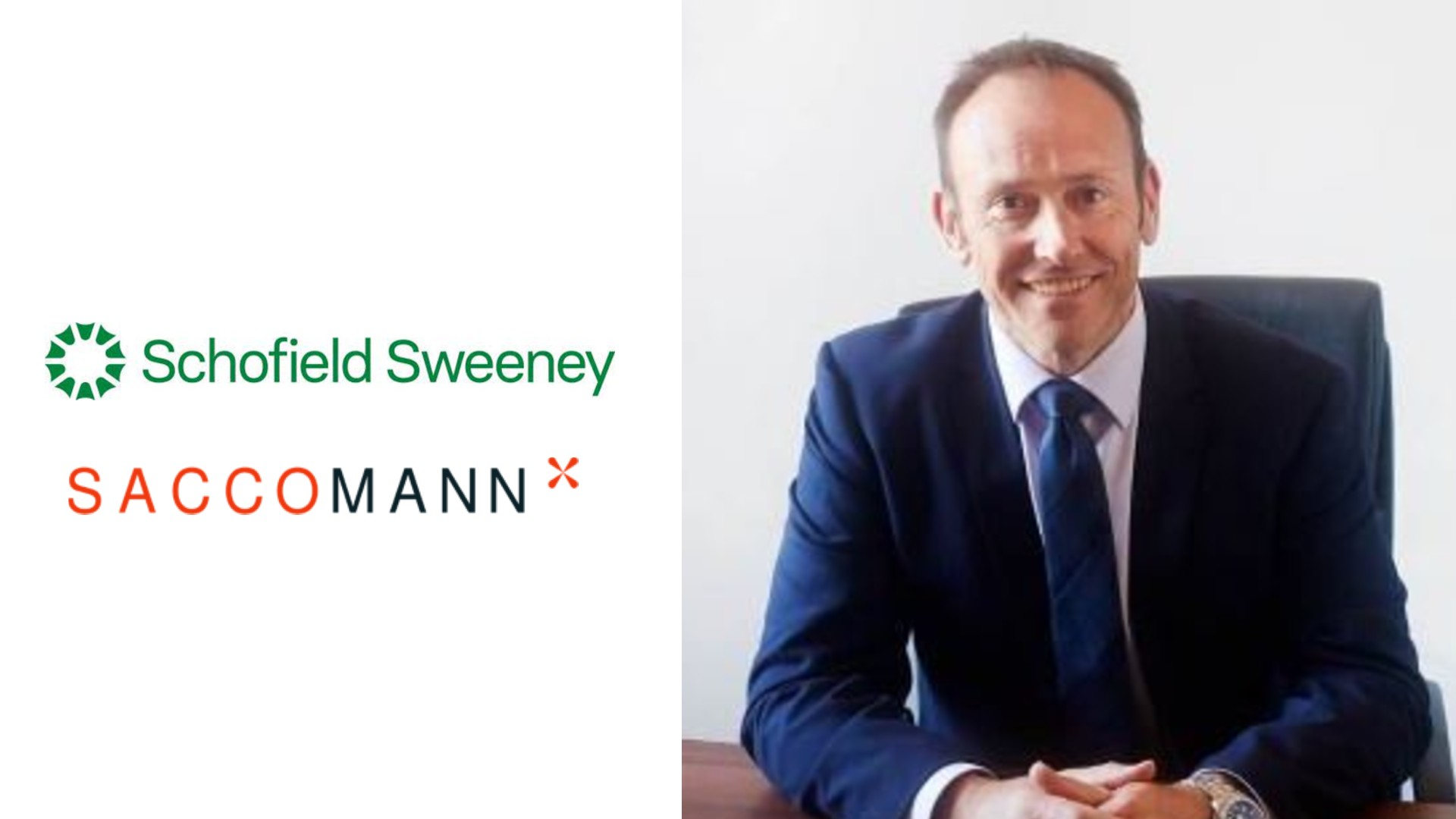 I wrote an article recently touching on different firm behaviours and responses to the pandemic. While gathering material for that post, I had the pleasure of speaking to the wonderful Craig Burman – Partner at Schofield Sweeney. Craig gave so much insight into his firm’s handling of the pandemic response that it felt unjust to summarise it in a single paragraph and I wanted to write a spotlight piece, covering all the brilliant initiatives Schofield Sweeney has implemented and what the firm has learnt over the last year. Craig could not praise his firm highly enough and it is clear to see why.
In mid-March 2020 a team of 4 was established to manage the pandemic response, this included Craig as well as representatives from IT, the Executive Board and the Chief Operating Officer– to ensure they had every angle covered.
Prior to the national lockdown announcement, the firm took the view that they needed to do something for vulnerable staff (including those who were living with someone considered vulnerable). A register was drawn up and those people were sent home to work with all the required equipment. These team members were swiftly joined by the rest of the firm, following the announcement of a national ‘lockdown’ and Craig recalled himself and several others dropping off computer equipment to employee homes and ensuring everyone had the IT to perform their roles. 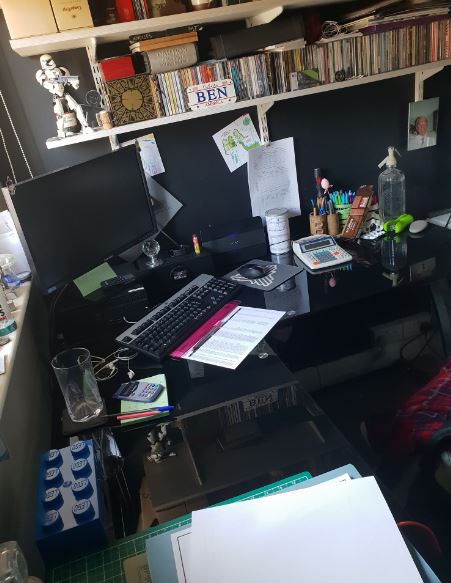 The message to the firm was simply ‘do what you can’, people were encouraged to just work around their family commitments as best they could, and targets / expectations were properly adjusted. 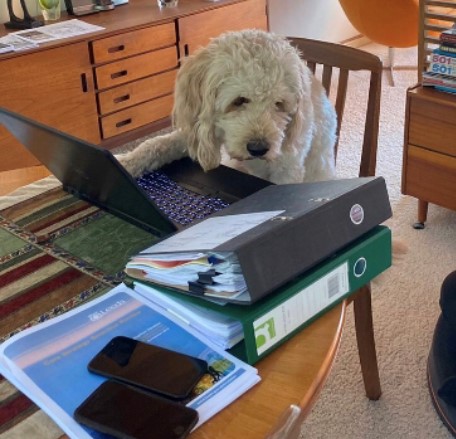 Use of the furlough scheme was implemented under consultation with staff. The firm took a holistic approach to this and considered who to furlough from all perspectives – a number were furloughed at their own request to assist with childcare.

In week one, the Wellbeing Team put out a magazine called ‘Good News Weekly’ which went to everybody within the firm. This was then distributed on a weekly basis and staff were encouraged to send in articles, updates, pictures of their home desks, dogs, gardens etc. to help keep spirits high.

Early on, the firm managed to secure sanitiser and masks to allow the office to stay open on a skeleton basis and in readiness for phased office reopening.  In July, when lockdown easing started to come into place, offices were re-opened on a permissory basis with a booking system to ensure social distancing could be adhered to. Offices were split into two teams who alternated their days in the office and ‘back to work’ packs were introduced so that those returning the office were greeted with a few treats such as a thermos mug, chocolates and a hygiene key for pushing lift buttons / opening doors. 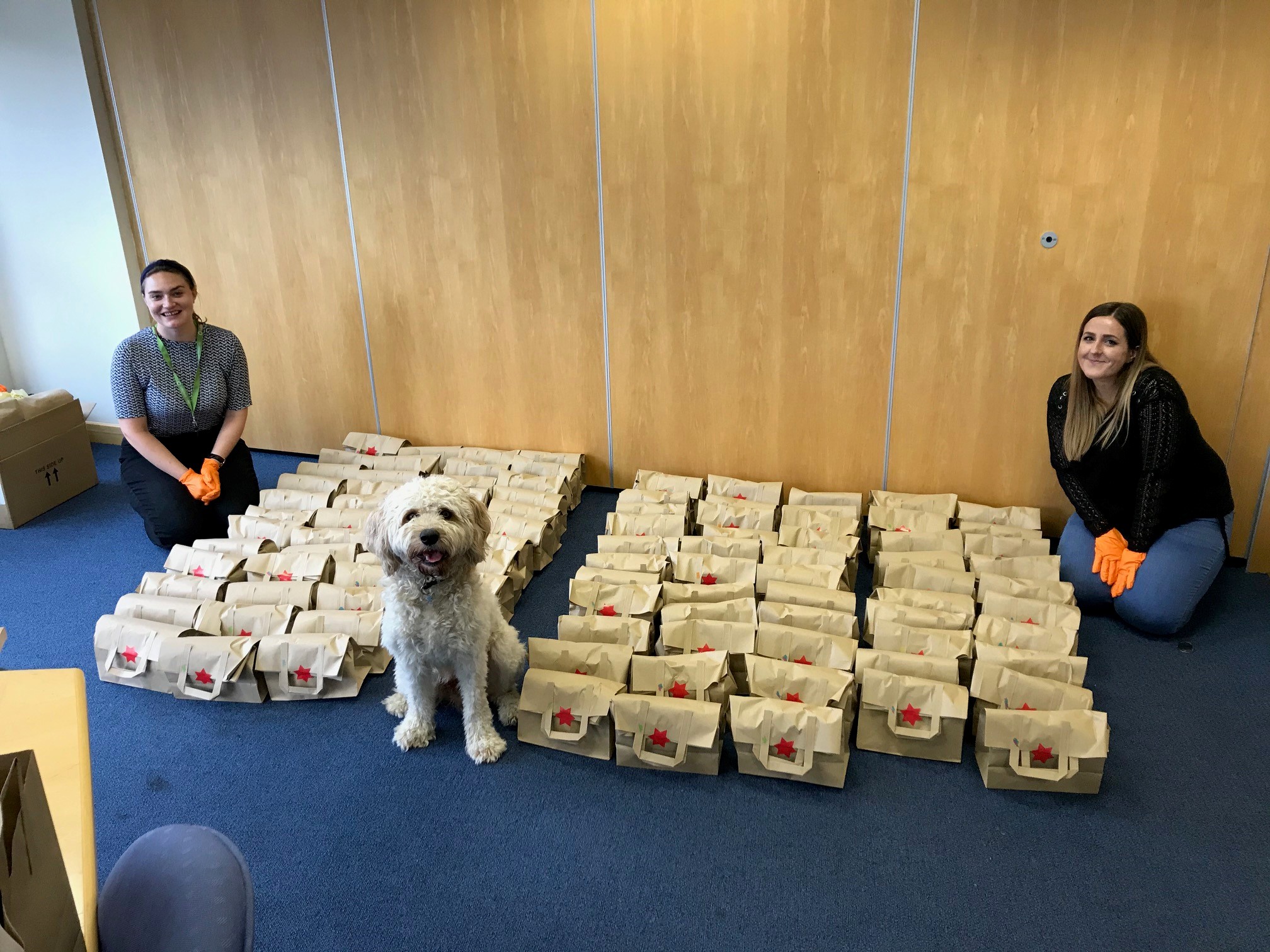 Firm carparks were opened to everybody at this point, with priority given to those who would usually use public transport to commute to work.
Employee mental health and wellbeing was central to the firm’s response, and I think a greater emphasis on this is a huge positive that the entire industry can and should take away from the pandemic. At Schofield Sweeney, a Friday video call social called ‘check in and chat’ was put into place at the end of each month for people to check in with their colleagues and there was also increased visibility around the roles of 5 trained mental health first aiders, by way of regular emails. The presence of mental health first aiders is becoming more commonplace across workplaces in the UK and rightly so, with pre-pandemic research by Mind in 2018 finding that almost half of 44,000 people surveyed were experiencing mental health problems in their current job role – with only half of those having discussed their issues with their employer. To add to this, Mind has more recently found that more than half of adults have experienced a decline in their mental health over the course of the lockdown.
To further assist with employee mental health and wellbeing, a wellbeing email inbox was established, and emails were sent to colleagues,  keeping people up to date and recommending things like great new miniseries to watch. An activity pack was sent out to those with families which included things like links to virtual tours of museums around the world, something for staff members to enjoy with their children. Teams were encouraged to get involved in a walking challenge, which pushed them to walk the equivalent distance of that between the firm’s three offices. At this stage, we were able to meet others outside and employees were encouraged to meet and walk, and a photo competition was put in place.
People generally are not used to long periods of home working and home office setups often are not as sophisticated as those on site, so a posture webinars were held to make sure everyone was working comfortably and safely from home. There was also collaboration with Mind who gave a presentation around Seasonal Affective Disorder as winter took hold.
Rotational furlough was implemented amongst support staff to make sure that ongoing duties were spread across the teams and everybody had the opportunity for some time away from the office, rather than one or two people being required to pick everything up. 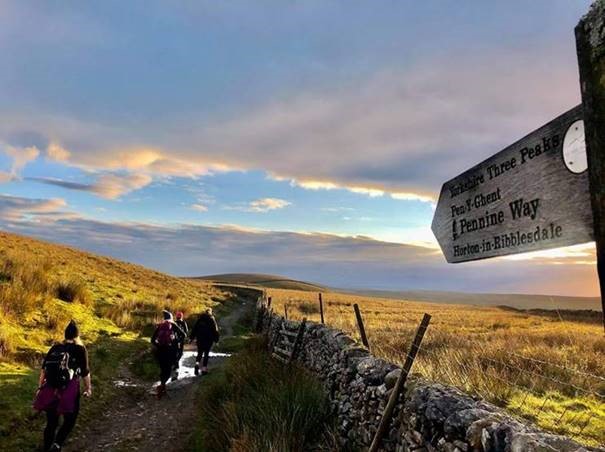 ‘What is happening with salaries?’ has been a hot topic over the last 12 months and at Schofield Sweeney, all salaries were topped up to 100% and targets revised down to more achievable levels. No salary cuts were implemented, but it was agreed that if salary cuts were necessary it would start with the Partners first.

A couple of weeks ago, the firm hosted their first Wellbeing Café – a virtual initiative where people could drop in, catch up with colleagues and listen to a singer give a rendition of some uplifting  favourites such as ‘Walking on Sunshine’. A live goat was even invited along as a surprise for everyone!... because who does not love goats?! 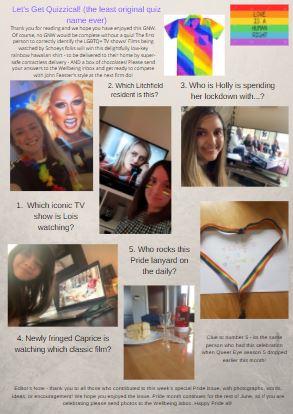 The feedback from the firm so far has been excellent, employees have really valued being kept in the know - it was important to Schofield Sweeney to make sure that staff were kept informed and not fretting about not knowing what was happening. 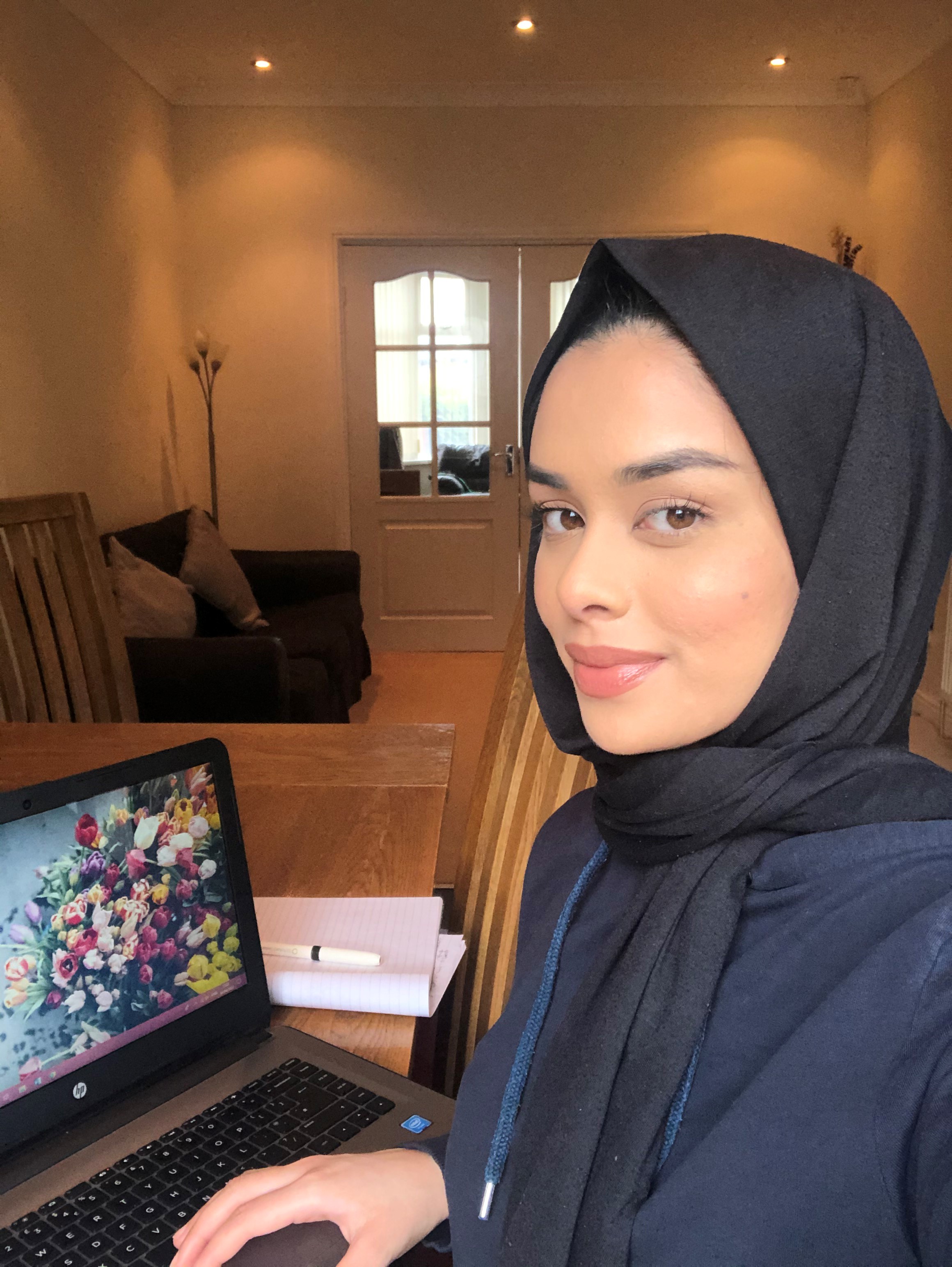 Craig told me that this has been a huge learning experience for them – he acknowledged that the firm might not have always been good at structured announcements to staff but prompted by Covid, this has changed for the better. Cross firm communications are going strong and there is a real focus on keeping everyone on top of developments in the pipeline.

In April, Schofield Sweeney is looking to roll out a staff survey during Wellbeing Week, to find out how employees have felt and coped during the pandemic and to establish what people really want from their employer longer term which, I think, is hugely important. The end might be in sight, but the world of work is going to look very different once we get there and it is crucial that firms understand this. The way we work has changed. 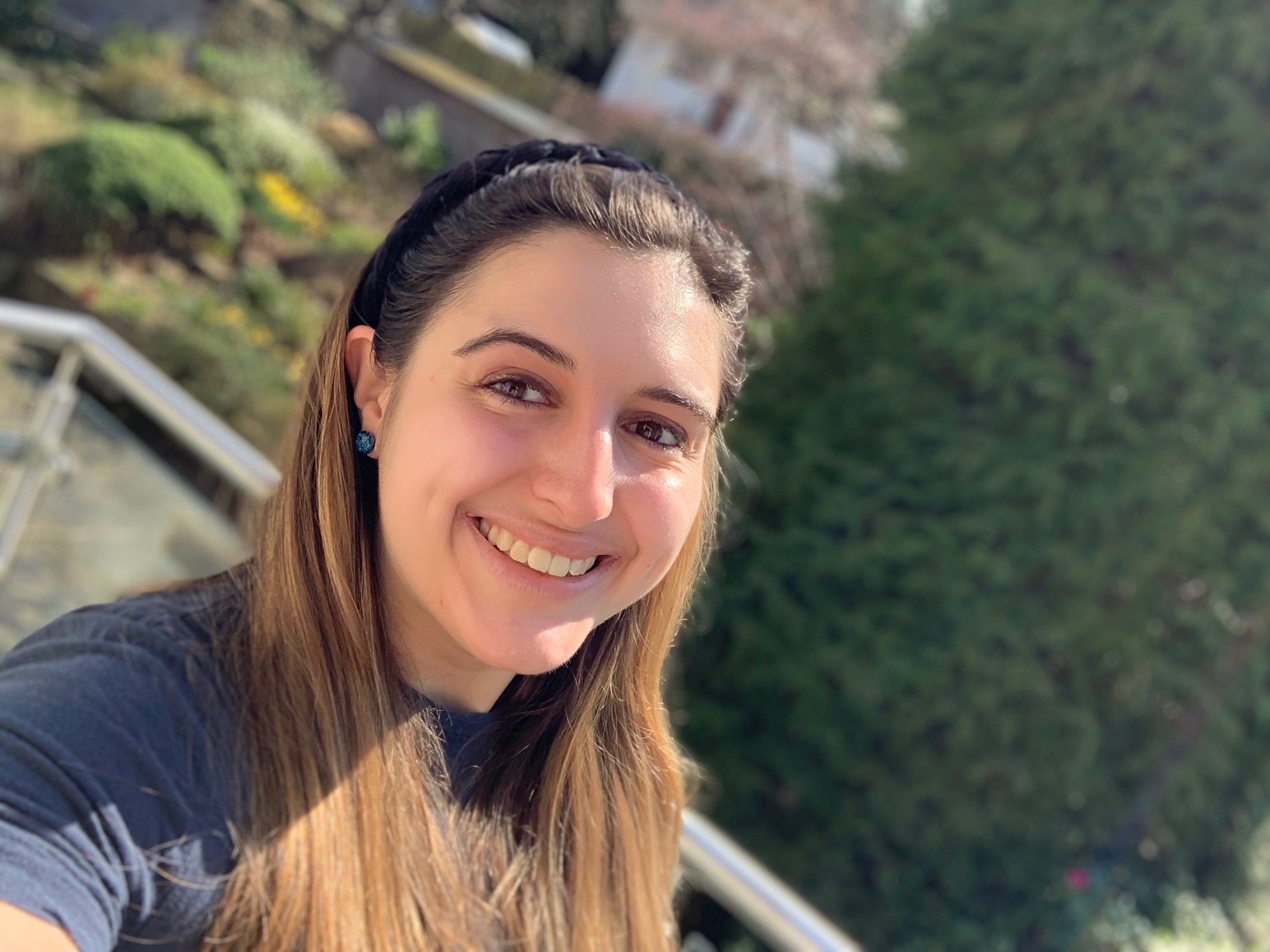 Finally, Craig gave a heartfelt thank you to the Schofield Sweeney teams which have been brilliant at supporting the fee earners remotely throughout the past 12 months. In particular the Accounts, Secretarial, Reception and IT teams have all been outstanding and given such a swift and successful response to the crisis. Technology has been important in law firms for some time but now more than ever, and without it this last year would have been immeasurably more difficult. 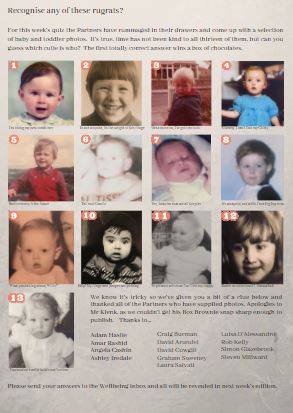