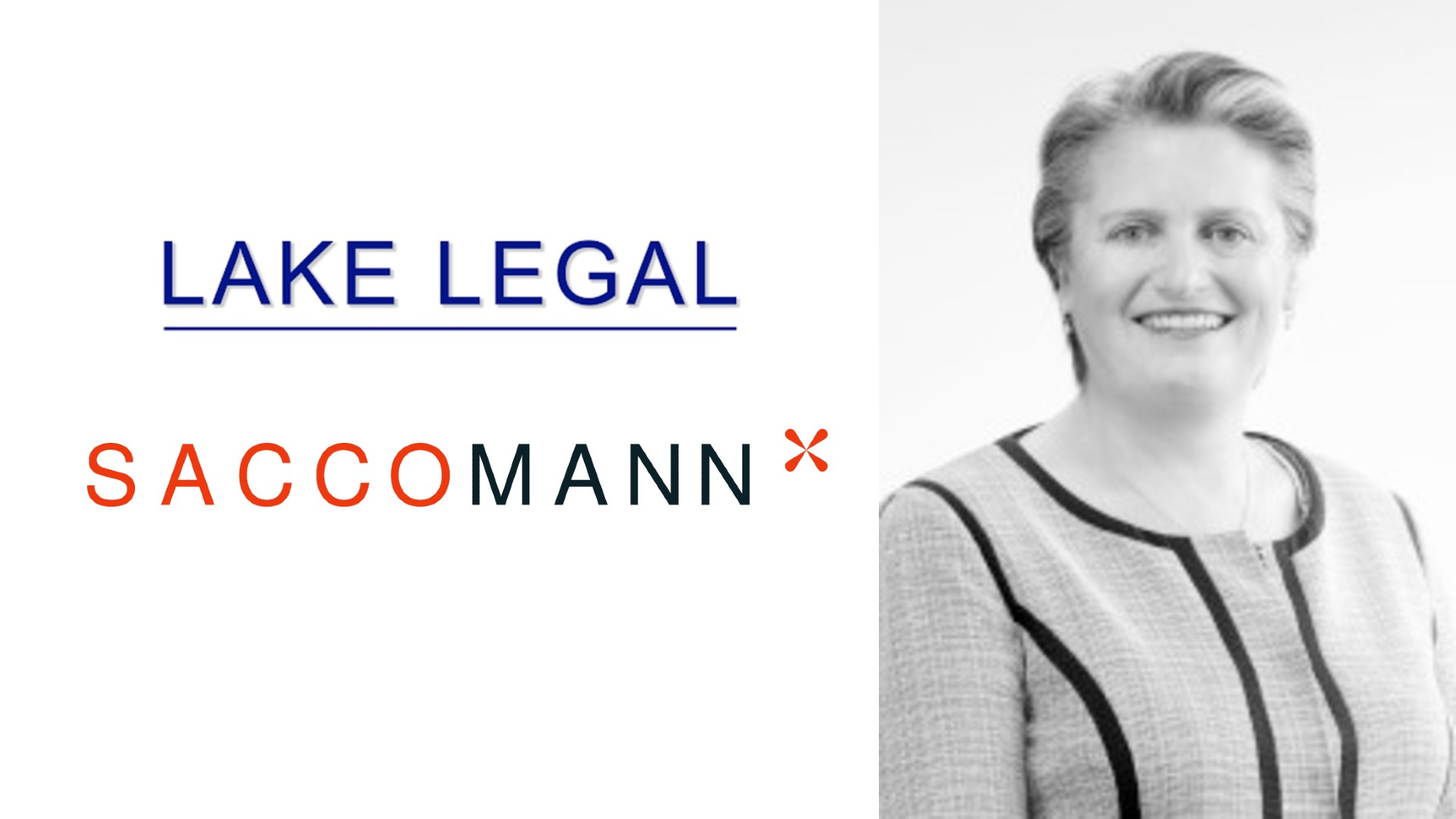 What is your role at Lake Legal?

Officially, I have the title ‘managing partner’, having founded the firm in 2009, but being such a small firm, I wear a multitude of hats! I always try to lead by example – I would not ask a task of the team that I would not be prepared to do myself. I like to think of myself as the calm and reassuring voice who has guided the team and our clients through some really difficult times

How would you summarise Lake Legal’s approach internally and externally?

I believe that we are genuinely there for our clients every step of the way.  They place their trust in us at a very difficult time in their lives and we recognise that it’s our job to provide a cost effective and pragmatic approach to resolving the problems they face. We make sure that as a team we are there when they need us. We realise what they are going through because most of us have been through the same! This extends to more than pure legal advice - we aren’t a ‘9 to 5’ firm. We go out of our way – driving them to Court when they are too daunted by the process or just meeting for a coffee and a chat when they need it (at no charge). As a result, many clients have become friends, keeping in touch years after their divorces (I seem to be a regular guest at former clients’ second weddings!). Internally we do not just pay lip service to the idea of having a ‘team ethos’. We don’t have a post room, photocopying department or marketing manager, but we do have a great team spirit. More on that below!

What makes you feel proud about Lake Legal?

The hard work and commitment of the entire team which is consistently recognised both locally and nationally. The firm (and individual members of the team) has been ranked in the top tier of Chambers & Partners and Legal 500 for many years, and we have won the Family Law Award at the Yorkshire Legal Awards. We receive referrals not only from other professionals in the area but from other solicitors who are our competitors. Despite this external recognition, nothing makes me more proud than the feedback from our clients. Reading a comment such as… “It is honestly not an over statement to say that I wouldn’t be here today (mentally and physically) if it had not been for you”…makes all the hard work worthwhile.

What has been the highlight of your career so far?

Can I have more than one?! The team being ranked for the first time in the top tier of Chambers & Partners and being described as ‘technically excellent, responsive, pragmatic and commercial - in addition to being a paragon of decency’ was a great a real accolade for everyone  - and then personally me being ranked at the same time as a 'Star Individual' (the only family law solicitor in Yorkshire to be so at the time); Then without a shadow of doubt winning the Yorkshire Legal Awards has been a highlight. It had been a tough year for the firm so receiving the recognition at the end of that year was fabulous.

Has there been a defining moment in your career?

Strangely I think it was being made redundant at my first firm when I was a fairly junior solicitor.  At the time I thought it was the ‘end of the world’ but came to realise that the political/partner pressure in large firms sometimes results in bizarre decisions being made. Looking back had I not been made redundant I may well have just stayed there and ultimately would have never set up Lake Legal. So what I saw as the end of my career in many ways was just the start.

"Having headed up family law teams within large corporate firms for many years, I wanted to build a practice with a different approach where client service would remain the focus but staff genuinely had work/life balance and where there were no management committees and bureaucracy holding the firm back."

What do you think the next 10 years hold for Lake Legal?

I think we will always ‘just’ be a niche family law firm with one office.  I have been tempted over the years to ‘branch out’ but time and time again our strength has been shown to be one team in one location doing one area of law, very well.

What makes Lake Legal different to its competitors?

We like to bring a little humour to how we promote ourselves and what we do!.  We are proud of our qualifications and achievements but don't take ourselves too seriously. We have made crown green bowling ‘cool’ – we have sponsored Moor Allerton Crown Green Bowling Club (ensuring their survival) for 10 years. Many of the members have become our friends; “It was certainly MABC’s lucky day when we hosted your first evening. You have given a group of OAPs a lifeline and we cannot thank you enough”. Had I still been at one of those large corporate firms, the idea of such sponsorship would have not even have been entertained.
When we are serious though, we are at the forefront of spearheading new initiatives – I was one of the first lawyers in the region to qualify as an Arbitrator, immediately forming a collaboration with others to promote arbitration as a dispute resolution option. Most recently I have co-ordinated an initiative with leading local barristers to offer Private FDRs so that clients have even more alternatives in the region.

What are your thoughts on firms increasingly offering wellbeing aspects to their benefits packages? How important is it for Lake Legal to offer wellbeing benefits and what does Lake Legal offer not just for individuals but for the overall firm?

Having worked in corporate firms that seemed to have little regard for the fact that staff should have a life outside of work, one of my objectives from the start with Lake Legal was to ensure that the team did not share my own experience. Billing targets are therefore easily achievable within normal working hours - if someone is consistently recording massive amounts of chargeable time it concerns me rather than delights me because the balance is off kilter. No one should regularly have to work evenings and weekends!.  Our ‘Prosecco Friday’ seems to have become fairly well known in Leeds where we just pause over a glass (or two!) in the office and take time out from work. I think being so close as a team we can spot when someone is having a tough time and we all ‘watch out for each other’. I have striven to encourage openness and fairness. My message for the team has always been ‘we are human, we will make mistakes, it’s what we do about them that matters’.

What incentives have you found to be the most successful within Lake Legal?

I think we have a brilliant team spirit at Lake Legal. Everyone is so incredibly supportive of each other. I think the fact that the team wake up on a morning and actually want to come into work speaks volumes. In turn, for me it has been really rewarding to be able to fund events, during the working week, which the team would not necessarily do themselves. We started out with a relatively simple day out (in a private limo mind you!) at York Races, progressing to a day of indulgence in London (including a private capsule on the London Eye), then travelling in old fashioned luxury on the Northern Belle to Edinburgh and leading all the way through to me taking everyone to Euro Disney for the weekend to mark our tenth year anniversary. We still talk about them all!  We will be back to another event next year - I just have to top Euro Disney! I am passionately committed to team development which has seen Claire Glaister appointed from assistant solicitor to associate to partner, one office secretary developed into an IT and marketing role and another into the Practice Manager’s role. I firmly believe that no-one should be curtailed by their CV, especially support staff, and like to think I have the uncanny ability to match one of the team with a particular role before they even knew they were suited to it!

Painful endings are often the start of something far better! I wholeheartedly believe, and it’s reflected in the culture of the firm, that ‘if you fear to fall, you will never fly’

Lastly, what is your one big prediction for the legal industry?

The courts were already struggling to cope with the number of cases before Covid 19 came along. I think the legal profession will need to embrace alternative means of resolving disputes otherwise it will now just come to a grinding halt.  Arbitration is one obvious means for family law clients to remove themselves form the delay and formality that comes with an application issued in court. I can see a time when the courts have to start charging in some shape or form for the time allocated to certain family law cases so that it is not over subscribed.
Share this article
Back to Insights