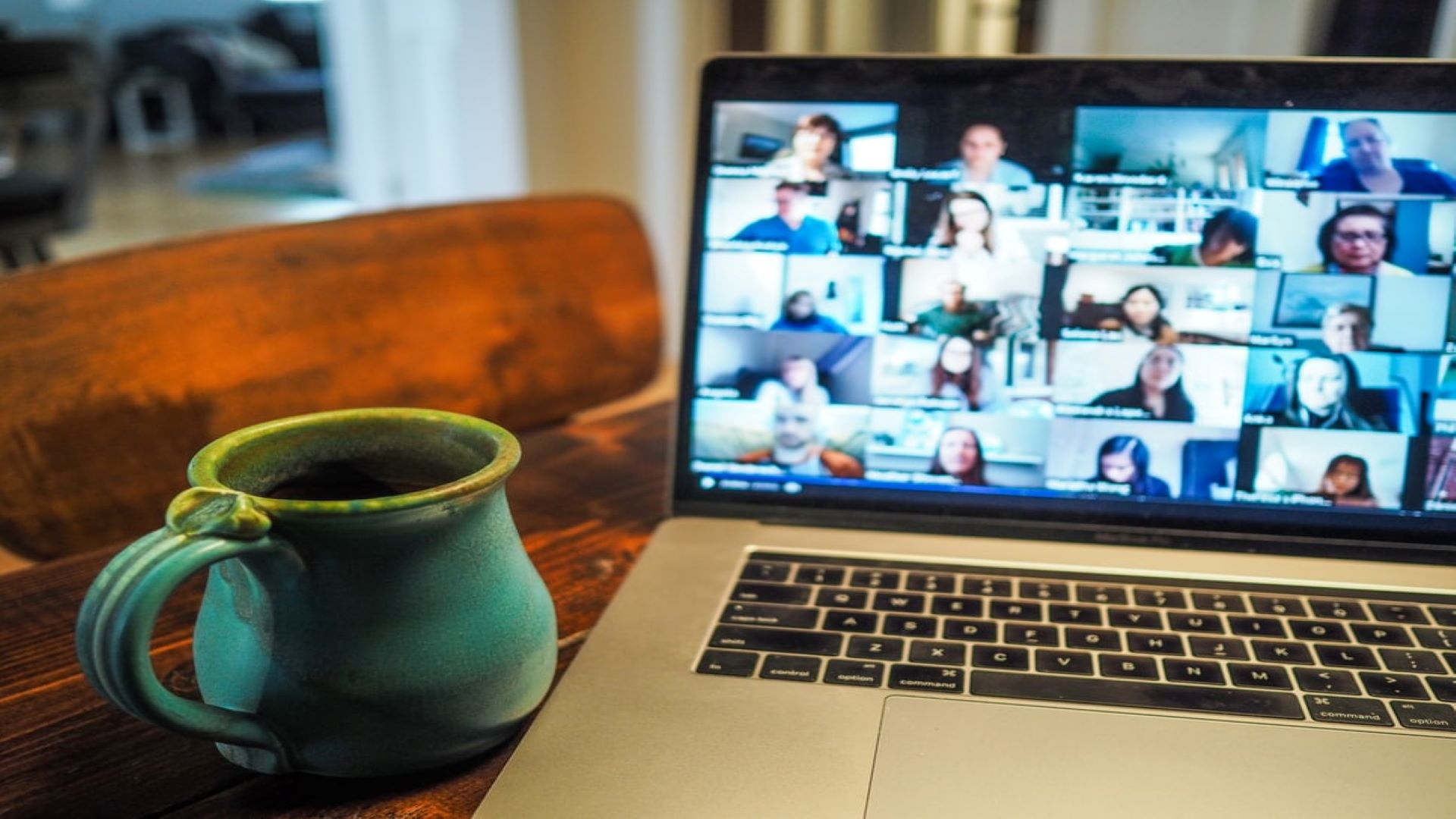 The agenda for the forum is set by our Clients, ensuring that the most up to date and pressing issues are discussed.  2020 has been an exceptional year and the HR Forums have proved to be an invaluable source of information and perspective for our Clients, they have provided more context, knowledge and insight during this challenging period when issues that have never even been considered before have required quick and confident responses.

Unsurprisingly, the issues caused by Covid were the primary focus of the Tuesday’s Hr Forum, with matters ranging from mental health to Christmas Parties.  Below is a summary of some of the matters discussed.

Adjusting to the new way of working:

It seems a majority of firms are looking to develop a model that suits people in different roles and with different working styles.

Firms are keeping their office spaces but are keeping under review the amount of space and the way it is used.  A few had let some office space go already.
Most firms were being guided by individuals desire to return to the office but have worked hard to provide covid-safe working environments and have supported those who feel unable to either due to their circumstances or attitude to risk.
One firm had a carefully planned a significant return in August with most people working from the office at least two days a week.  The response to this has been really positive even from those who were initially wary.  The Forum was in the morning with the announcement to ‘work at home if you can’ coming later that day.  This particular firm offered everyone the opportunity to work from home 100% of the time again and only a very small number took them up on it.  They really have found a balance that people enjoy.
Other firms are very much leaving it up to the individuals but have worked out schemes that offer access to the office on specific days for each person to ensure social distancing.  Some firms, like Addleshaws and DAC Beachcrofts, have desk booking apps which also acts as a track and trace if needed.
Everyone was in agreement that Covid has sped up agile working but felt that offices were always going to be important.  Most firms said that they couldn’t foresee return to 5 days a week in the office for all employees.

There has been much more discussion on this subject in previous forums and most seem to have got into a pattern with this now, however there were a few matters raised perhaps as a result of at least part home working seeming like it will be the new normal for a considerable period of time.
Contribute to costs such as electricity – apparently a few staff had raised this but nobody has addressed this matter so far.  There are tax rebates available for those working at home and it was also discussed that employees are saving money and time from commuting etc.

The question was raised as to whether anyone had done DSE surveys for homeworkers and it seems that this generally wasn’t the case.  Most firms had allowed staff to take chairs and equipment home with them, one larger firm had expected their staff to provide their own IT which had proved controversial, many had fee earners working on docked laptops pre-covid meaning there was less of an issue.  Desks didn’t seem to have been addressed by anyone but a few firms had offered an allowance (the two examples were £100 and £200) to buy equipment to support home working.
Musculoskeletal claims:
One client raised the question of whether firms have a duty of care to ensure their employees are working in a safe environment at home?  Other than the above actions, it seems that this hasn’t been addressed and perhaps is something for the next phase of planning within firms.
Cost – the cost of setting everyone up to work from both home and the office effectively could be significant.

With home working here for the longer term supervision issues featured highly in the discussion. Unsurprisingly there was particular concern for trainees and Junior Lawyers / Fee Earners as it could impact not only on their development but also their job satisfaction.  Generally, firms were happy with what they had done so far but with longer term agile working looking like a reality it was something that the HR professionals have firmly on their agenda.
They also discussed the challenge of managing output.  One firm has developed a new tool for managers and employees to track this which provides reports on output against targets on a daily basis, at the other end of the spectrum some firms are just trusting their staff to get on with it.  One firm was looking at investing in a system to support them and are looking at 'weekly10' and 'Engage Your People'.  Most of the larger firms already have sophisticated management systems in place and access to the required data and it is probably just a matter of using this more effectively.

Employee wellbeing and mental health was, as expected, a big talking point with regards to remote working. Some industries are telling all their staff they will now be working from home permanently but there was concern as to the impact this could have on employee’s mental health.  There was discussion around the fact that for some employees coming into the office also provides a welcome break for them socially, for instance if they live alone.   Others are completely happy working from home and actually find it less stressful than coping with, for example, juggling getting kids to school/nursery and the commute.
Most firms have used questionnaires to understand what working patterns suit individuals so that they can try and support that.   There have also been questionnaires on employees’ mental health followed by one to one conversations from managers if needed.
One firm was sending weekly newsletters that offer support and information on different topics related to mental health.  Two firms subscribed to nudge which is a platform to support employees at all stages of their life.  Employees input personal data and the platform then supports then as things change in their life, this seems to be well received.
Financial well-being also being considered, some firms are sending out pieces of literature to staff with anything that might be able to help them, whilst one firm had considered a hardship fund it was considered too complex to implement.
Most firms have worked extremely hard to keep in touch with both those on furlough and those working from home and in earlier HR Forums we heard about some really creative and fun ways in which firms were doing so.

Christmas parties are all likely cancelled!  What are people doing about staff perks that are going by the wayside? There are obviously limits to what’s possible at the moment and other than sending people something to the door there are limited options. One firm recently sent vouchers for takeaways and drinks to welcome their new trainees on a Zoom call, they are thinking about replicating this at Christmas.  Another firm is thinking about sending out Christmas goodie bags and again joining people together on a Zoom call.   One firm have cancelled their Christmas party and aren’t doing anything, they didn’t feel that it was appropriate having made redundancies, however others felt that it's important to keep a bond with colleagues so they feel attached to the firm.  There is a concern that without the opportunities to interact that are so naturally in place within offices, and are also created through the socials and CSR, that work can become very transactional and people may become disengaged with their firms.

Not many firms have done salary reviews as yet, with some pushing them back to January.   Some have undertaken reviews but those that have are generally on a merit basis where there has been a marked change in level of delivery /performance.  Some firms have paid bonuses whereas others have held these back.  There’s little consistency at the moment on either of these matters.

The main discussion point here was around furloughed staff and the treatment of their holiday entitlement.
Some firms have asked all their furloughed staff to take all their holidays by the end of the year and not carry any over.  Others are allowing all staff to carry over a max of 5 days but where this is possible typically any holiday purchase schemes will allow up to a maximum of 5 days in total.
Some firms didn’t put in place any provisions for taking holiday whilst on furlough and now face people returning only to have holiday entitlement which could take them out of the office for large parts of the rest of the year.
One firm wrote into their furlough contracts the need to take their monthly holiday allowance each month that they were on furlough – keeping everyone with a proportionate amount of holiday.

Thank you to those firms who were involved in our HR Forum on Tuesday. If this is something you would like to be involved in in the future please email cs@saccomann.com